IMPACT ASSESSMENT ON THE IMPLEMENTATION OF AGPO 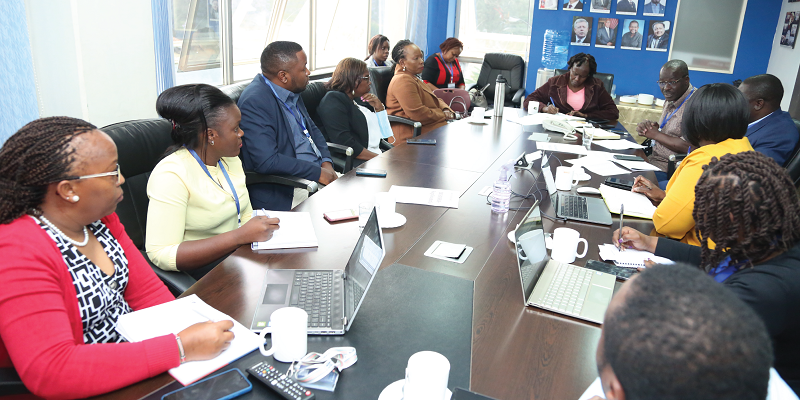 On 22nd September 2022, KEPSA, led by Ms Gloria Ndekei - Vice Chair, KEPSA Foundation, together with other stakeholders representing youth, women and Persons with Disabilities (PWDs), held a meeting with officials from Maribel-Hermans Associates, a consulting firm contracted by the National Treasury to conduct an impact assessment on the implementation of Access to Government Procurement Opportunities (AGPO) since inception.

The meeting aimed at gathering feedback from the stakeholders who have participated in the AGPO program regarding the implementation, challenges experienced and recommendations for consideration to improve the AGPO policy. The meeting was informed by the fact that the private sector organizations are the main stakeholders and beneficiaries in the uptake of the procurement opportunities available through the program.

During the discussion, those in attendance inquired as to whether data was available on the program's level of penetration, acceptance and value. It was reported that there had been 173,000 registrations within the three categories of youth, women and PWDs, with the youth being the most registered. Women received the most opportunities (50%) followed by the youth and PWDs respectively while the highest tender awarded ever was worth Ksh. 30 million which went to a PWD.

Recommendations made by the members included:

Participants in the meeting agreed unanimously that AGPO was a good program that could benefit Kenyans and was a tool for job creation and inclusion. The meeting also noted the importance of stakeholders going through and familiarising themselves with legislation concerning procurement.

KEPSA reiterated its commitment to continue supporting AGPO to improve it for the benefit of its members. AGPO was at the same time commended for the good work and playing a critical role in the inception of the supplier diversity subsector board of the KEPSA Gender Sector Board.